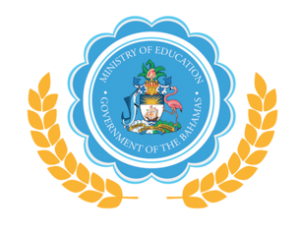 The importance of partnership – Bamboo Shack donated 100 tablets to the Leno Learning Link initiative in addition to the use of their point of sales system (POS) to allow customers to donate. 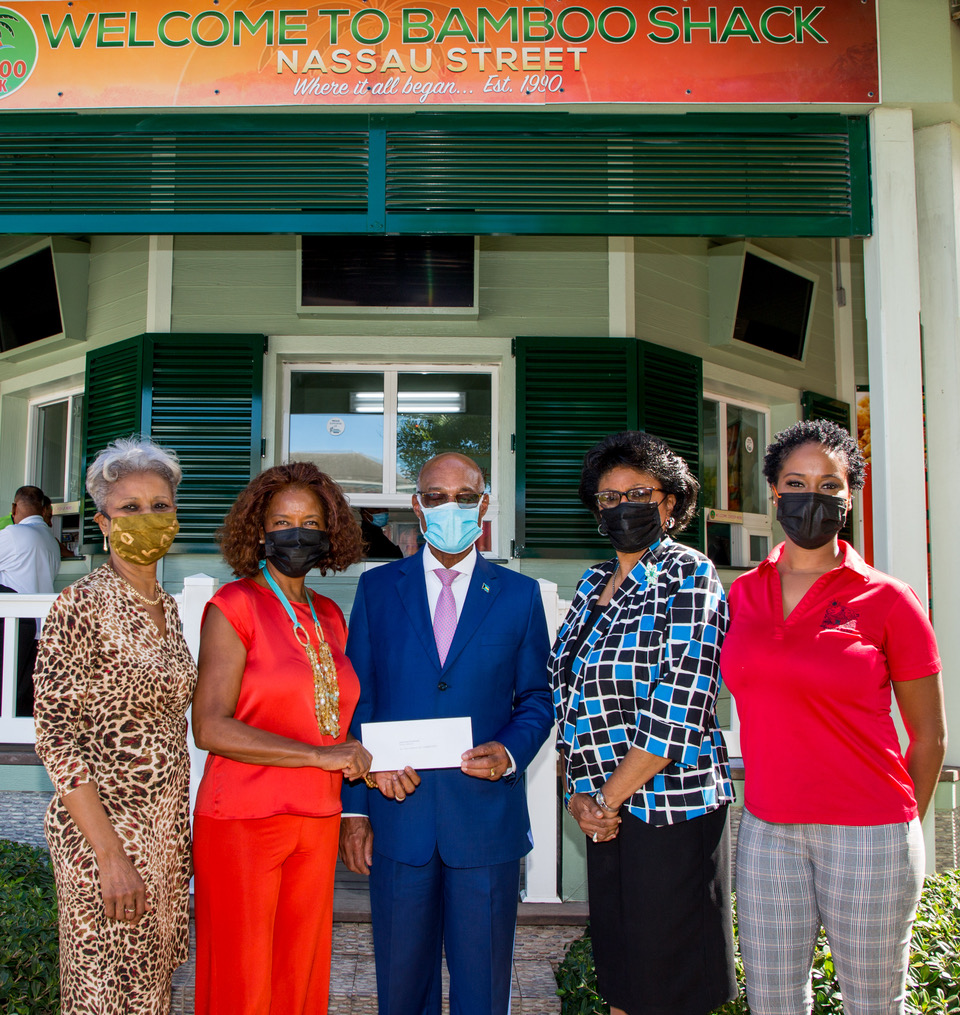 Two of the best-established businesses in The Bahamas joined the growing list of those making virtual education a reality for more students today, donating tablets through the Leno Learning Link.

Elaine Pinder, Bamboo Shack proprietor, announced a donation of 100 tablets along with the use of the popular restaurants’ point of sale system (POS), allowing customers to donate whatever amount they choose when they pay for whatever meal they ordered, making the meaning of an order of cracked chicken or conch more rewarding.

“It is certainly a pleasure and a privilege to be here and especially partnering with the Leno Foundation knowing that we will be helping the Ministry of Education as well,” said Ms. Pinder. “We are going to start an initiative. We are going to be asking our customers to give back. Now to give back and donate, if only the change from your order or a dollar or even more, whatever you would like to give back we would appreciate that because we don’t want one student, one child to go without a tablet in their hands.”

Gandhi Pinder, Bamboo Shack Vice President of Marketing and Public Relations added “Essentially partnership is very important to us at Bamboo Shack. Today 100 tablets is just the beginning and we are committed to this effort for the long-haul until every single child in The Bahamas who needs one has a tablet.”

News of the latest Leno Learning Link donation came during a press conference at the Nassau Street location of Bamboo Shack.

Minister of Education Jeffrey Lloyd thanked the well-known entrepreneur for her generosity and urged others to assist.

“I cannot sleep at night knowing or thinking that 10, 12, 15,000 of our students are being left behind,” said the Minister. “There is unimaginable consequences for our society not only today, but years in the future in their personal lives, in this community as well as nationally. We immediately realized that in the Ministry of Education we could not do it alone. We simply do not have as a government the resources to put a device in the hand of every single child and to make available internet capability. Thank you Jesus because with an aggressive passionate accelerated push Leno came onboard and instantly donated $60,000 right off the bat and began the invitation to all of the clients and corporate citizens to join in and provide support for our students.”

The education minister did not have to look far for the next donation.

While staying in the Nassau Street neighborhood, Owen S-M Bethel from Bethel Brothers Morticians made a $5,000 cheque presentation for tablets to be given to students at Albury Sayle Primary School. 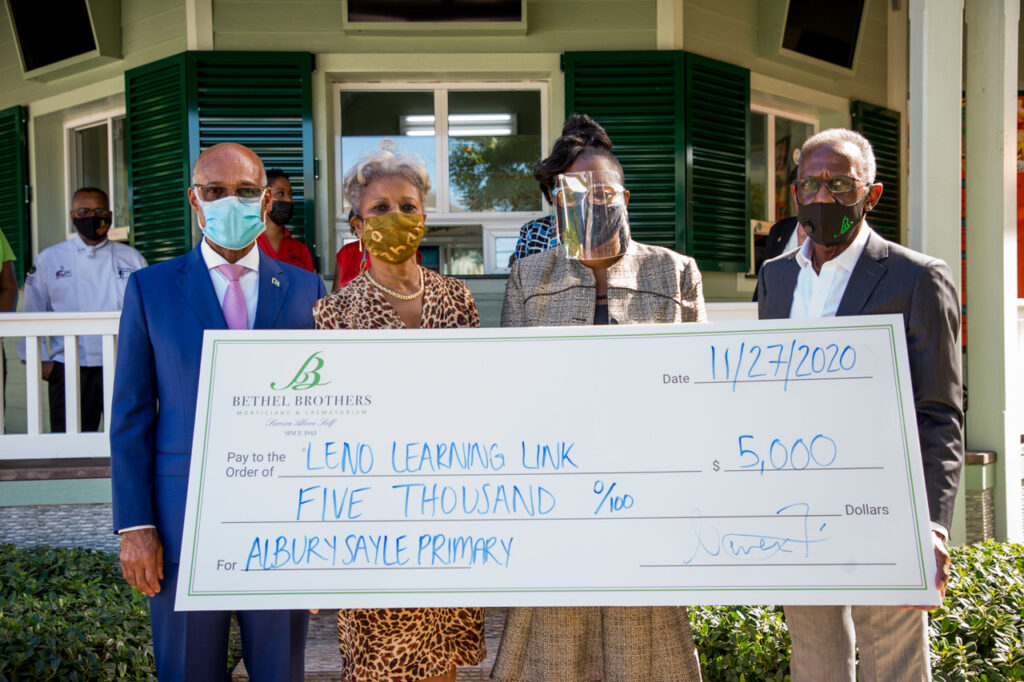 “It has been fitting that we selected Albury Sayle. We’ve been a major sponsor in a number of events that they have had over the past 15 years,” said Owen S-M Bethel. “We are pleased that it has grown into what it is today and hope this will continue to go through our community center. It is more than we wanted and certainly I think the Ministry of Education and Leno have really put their fingers on the pulse to make sure each person, each student goes with a tablet in the current situation.”

Leno, a broad-based financial services firm with $800 million under administration, created in the Leno Learning Link to give back to community as it celebrated its 10th anniversary, kicking off the initiative with a donation of $60,000 in September. Dianne Bingham, Leno Foundation Consul Member and Managing Director Leno stated “Leno’s support to education within The Bahamas is by the Foundation and sponsors like Bamboo Shack are what we need to move this program forward.”  Since then, more than $200,000 has been raised through the campaign to put a tablet in every student’s hand. Other partners include ALIV which is supplying connectivity at a reduced cost with each tablet package and Tribune Media which is providing air time and print without charge. 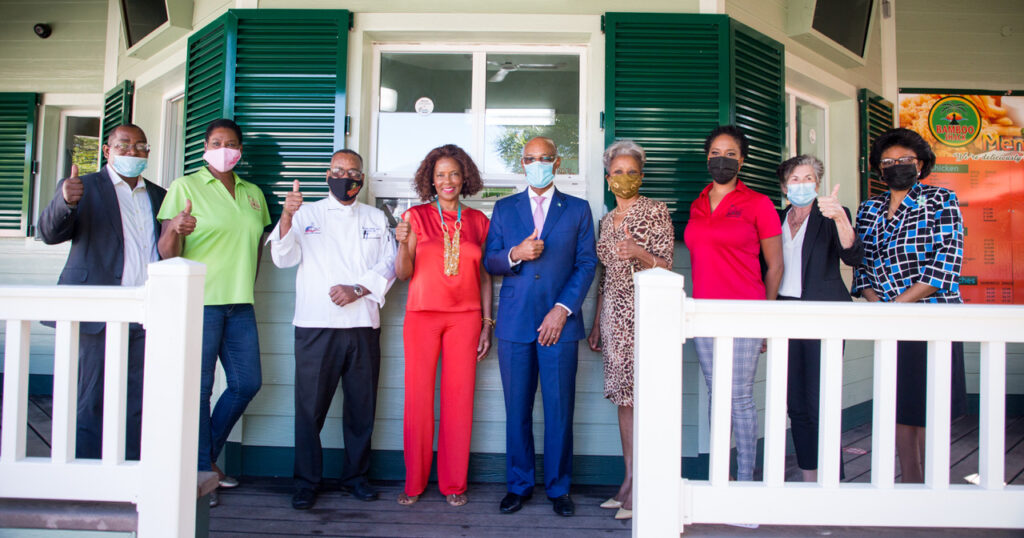 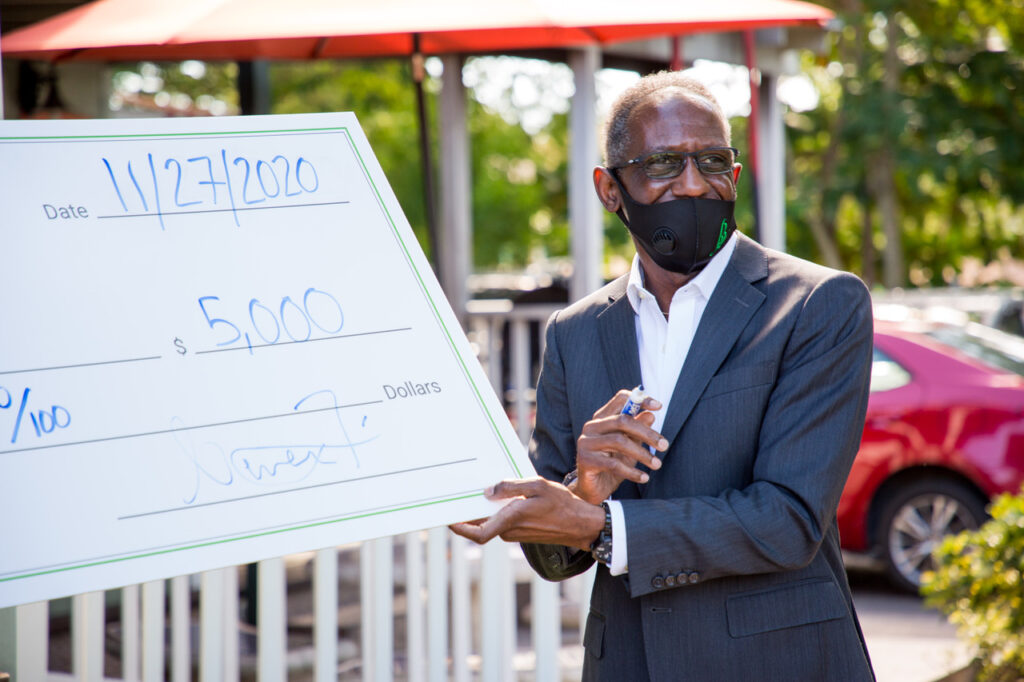 Cheque signed – Owen S-M Bethel from Bethel Brothers Morticians made a $5,000 cheque presentation for tablets to be given to students at Albury Sayle Primary School. Phot by Cay Focus for DPA.